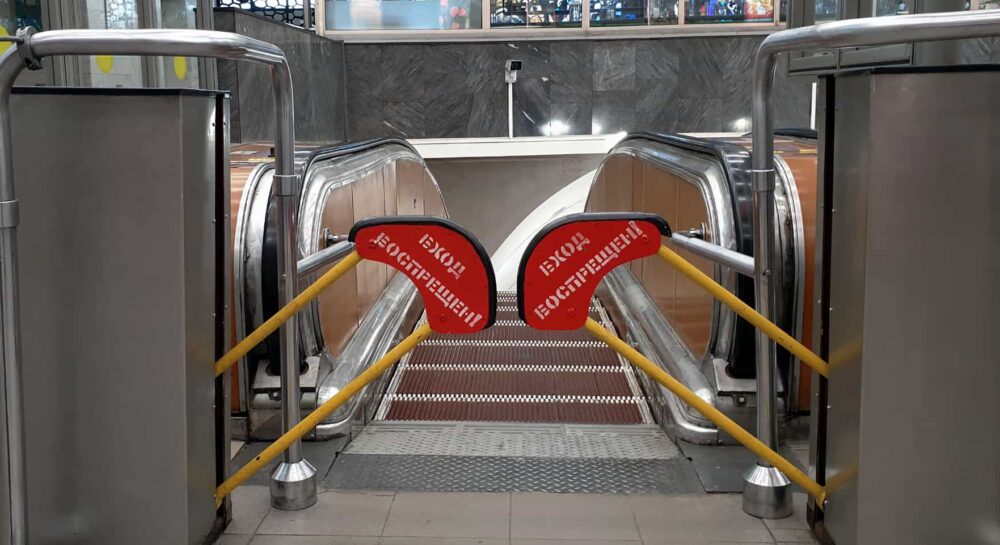 How People & Tour Companies Survive in Our City

Our life in isolation now resembles pretty much life anywhere else now: we clean and cook and scroll for numbers and any good news, not much news to post. However it’s the end of April in isolation and I’d like to sum up the results and impact of the situation on people and St Petersburg tour companies.

The Russian government has prolonged the “high alert regime” till mid-May. Numerous holidays and days-off in the beginning of May served as a pretext to that. Prolongation of the so-called “self-isolation” and non-working days till June 1 will be a severe blow not only for St Petersburg tour industry, but for average citizens too. Let me explain what I mean.

What is “High Alert Regime”

So, the “high alert regime” is on. The president announces non-working days first for one week in March and then prolongs it till the end of April. Now it’s on till mid-May. At the same time, he promises this months will be a paid leave at the expense of the employer.

This means that people stay at home, all businesses are closed. Small business enterprises don’t work, but somehow the business owners have to find money to pay salaries and (!) salary taxes (slightly lowered). At the same time the prosecutor threatens criminal suits against business owners without thinking where small business can possibly find money for salaries if it does not operate.

The “high alert regime” differs from quarantine and critical emergency regimes written down in the constitution. Enforcing a quarantine, the government takes the responsibility to support the citizens (including financial support during the forced lockdown period). Essentially it is force majeure with all that it implies. But the government has no responsibilities for the so-called “high alert” – very convenient and does not cost anything.

Along with the non-working days each administrative region has introduced fines for people who violate the so-called self-isolation. Mind: it’s not the president who has introduced new fines! These are the governors and mayors who are to blame!

Help from Russian Government to Small Businesses and Citizens

To cut a long story short, there’s no help at all.

So far we can conclude that from the very beginning of the COVID-19 pandemic the Russian government hasn’t even considered any help to the citizens. There’s no force majeure and everything’s fine in the country.

Eventually, with the further deterioration of the situation, the government will obviously have to give money to people, but how to do it? In what way? It’s a separate and very sad story.

The government has budgeted banks to provide interest-free loans for enterprises to pay salaries. For each company such an interest-free loan is calculated basing on the official minimum monthly wage for each employee, that is 12130 roubles (that equals to approximately 166 USD). Many businesses are exempt from income tax, salary taxes are lowered/ But what taxes can there be if there’s no profit? Those who pay VAT will continue paying it. In Russia VAT equals to 20%.

Russian banks decided not to allow individuals any delays in loan and mortgage payments. Commercial banks offer a different pattern. Here’s a real life situation (it is happening to a family we know): some time ago they took a loan of 600 000 roubles (approximately equals to 8219 USD) for 3 years with 13,99% interest per year. Their monthly payment was 24000 roubles (about 329 USD). Responding to the coronavirus pandemic the bank made a special offer to them to restructure the loan with the same interest rate (13,88%) for a longer term – 5 years. In this case they’ll have to pay 18500 roubles a month (equals to 253 USD). But this amount includes insurance contract with monthly payment of 2166 roubles (equals to 30 USD). If the family refuse the insurance contract, then the restructured loan annual interest will go up to 18,78% with a monthly payment of 17200 roubles (about 236 USD). Besides all the above offers were just preliminary. If the family agree to one of these conditions, the bank will study their case in particular and has the right to refuse the request for loan restructuring.

In a word, neither the government nor the banks show a mere interest in where or how people will get money. Unlike other countries, there’s no talk of financial support to citizens. Mind: there’s no force majeure, but there’s some “high alert”.

This is already quite clear: a lot of St Petersburg tour companies won’t survive. The irony of the situation is that the more employees the company has the lower its chances of survival (see above). Bookings are close to zero. Tour cancellations reach 90-100%.

The most devastating blow has been delivered to shore excursions. At the moment Marine Façade passenger port stays empty. The first cruise ships will probably come in mid-summer. Hopefully.

St Petersburg museums are closed. Few passers-by in the streets. Empty public transport. Parks and gardens are closed. It all looks like a scene from some antiutopian science fiction. Landmarks without ever present Chinese groups look weird. Catherine Palace with no queues. Closed Hermitage.

But we don’t sit back doing nothing. During this forced downtime we’ve revised prices for Catherine Palace tour, improved the budget city tour for cruise passengers and worked out discount offers. I hope you will be able to enjoy our tours once the pandemic is over.